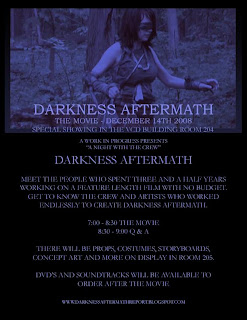 Today I finished the FINAL BATTLE sequence between Gwen (shot two summers ago) and the Garum (shot a week or so ago in the studio at IPFW). All that is left is the rest of the effects that Ted is finishing up (he'll drop those into my edited sequences) and the dialog that Matt is finishing and the foley that I am working on and then the reintroduction of the soundtrack...that should only take a few minor tweaks and then we're good to go. Dec. 14 is rapidly approaching, but I have a great feeling about the finished product. It was nice to see the battle scene actually work and it looks nothing at all like I had envisioned or storyboarded three and a half years ago. Part of me is sad because I have been living this world of Darkness Aftermath for three and a half years now, but another part is excited and eager to see where the movie goes from here. I have had so many people involved in this dream...the magnitude of it is overwhelming. I used to hang out with some guys who always said, "we should make a movie" and then we wouldn't...now the new 'we' have made a movie. I'm rambling here, I know, but its a great feeling. I'm stoked! Friday Ted drops the MEGA LAPTOP off and I can put the music back in. That's when the dream really comes alive.

Why do I call this movie a dream? Glad I asked since none of you did...actually, I never gave you the chance, but if for some reason you were going to ask, now you don't have to because I did.

The DREAM: When I was ten, I saw Star Wars. Up until then all I had seen in the theater was Disney movies...not that there was anything wrong with that. I loved Herbie and the Apple Dumpling Gang and the animated shows...but Star Wars took my mind to a whole new level of thinking. Ever since then I wanted to make a feature length movie. A GOOD feature length movie. I think we have done just that. And honestly, I could not have done it alone. A wise man once said, "in order to be successful, you have to surround yourself with people who WANT to succeed and who are actually producing successful work!" Did that! Loved it! Thanks everyone for your help!
Posted by allen etter at 7:11 PM 4 comments: 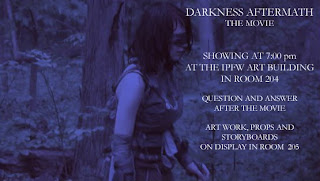 This post is for friends and family and IPFW students...the movie will be showing Dec. 14th in room 204 with props and artwork in room 205. The movie is aprox. one hour and thirty minutes with a question and answer afterward. We have 70 seats so it is a first come situation... 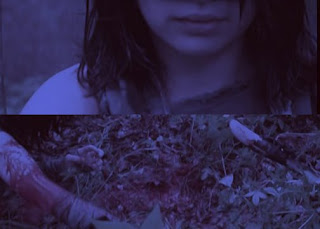 TODAY WAS A GREAT DAY...

Ted and I spent a few hours together working on the movie. Ted worked on the scenes with Lilly and the drifters perfecting the rain and doing sky replacement. He was rockin'. He's also working on some cool 'energy' that will hover about Lilly after her explosion. I edited the final conflict between Gwen and the Garum. It was difficult, but we were both quite pleased with the outcome.
Posted by allen etter at 6:28 PM No comments:

The last time I'll say its a wrap re: Darkness Aftermath...

...I PROMISE! Ted and I shot the final footage. We shot the model of the GARUM in all his sticky, bleeding glory. We rigged a tub above the model (and when I say model, it is articulated) with holes in it so as to get rain. Behind the GARUM, we had some trees mounted to a board and behind that a large cloth with green, gray, blue and brown colors. It looked fantastic. We rigged lights for lightning and Ted ran those and the camera. I moved the beast and ran the rain. We shot it at 60 fps and it looks GREAT! Sorry, no photos...the footage looks WAY TOO COOL! (and I want it to be a surprise when we show the movie on December 14th.
Posted by allen etter at 7:51 PM No comments:

On Monday, we shoot the GARUM scenes... 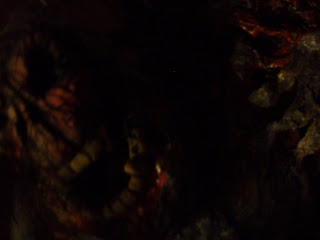 Posted by allen etter at 9:58 PM No comments:

John asks, "Is your movie cursed?"

Matt and Megan were over at Studio M doing ADR when all of a sudden EVERYTHING STOPPED WORKING!!! ARRRG!
Posted by allen etter at 11:55 AM 3 comments: 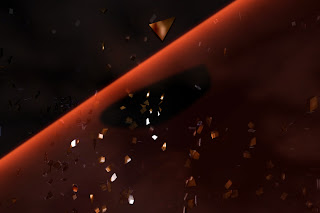 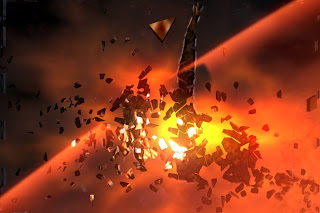 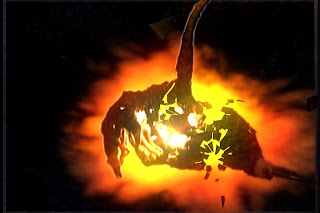 Sunday - December 14th at 7:00 all members of the cast and crew are invited to IPFW (the lecture hall in the VCD building-second floor) to see the first showing of the completed version of DARKNESS AFTERMATH. There will be a question and answer time after the showing and the room across the hall from the 'lecture room' will host art work, costumes, story boards and props from the movie. We will then venture out to the world via NEFF HALL and CINEMA CENTER and film contests and festivals...
Posted by allen etter at 11:53 PM 2 comments: 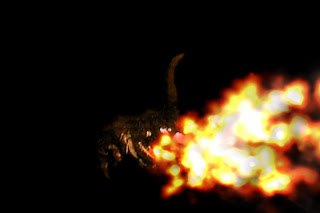